Proudly serving Southeastern Michigan including Pinckney, White Lake, South Lyon
1-810-231-2332
Blog
Home»About Us»Blog»Arsenic - What Is It and What Can I Do About It?

Arsenic - What Is It and What Can I Do About It? 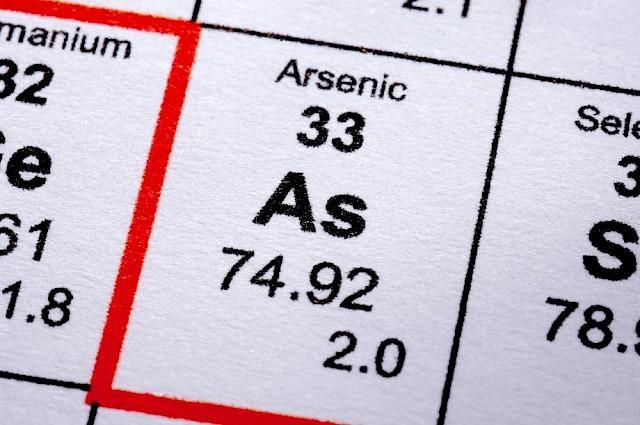 All real estate transactions, that have a private well for their water supply, must now have their water tested for Arsenic along with Nitrates and Bacteria (Coli-form and E-Coli). Community well supplies must also comply with this new standard and are required to post an annual “Water Report” that states the water results as mentioned above from their testing regimens along with many other drinking water standards they are required to test for. New wells drilled for an existing home also must have the water tested for Arsenic, Nitrates, and Bacteria.

Where does Arsenic come from? Arsenic is naturally occurring in Michigan although there are instances where arsenic has been introduced into the water supply by outside means.

How BAD is it really?

Arsenic is a genuine concern for our health. But let’s put this in a little perspective first. 1 part per billion is equivalent to 1 drop of water in a swimming pool. So the arsenic levels we typically see in Michigan are relatively low compared to Arsenic problems around the world, such as in India, which has levels of Arsenic exceeding 500ppb in many parts of the country. At those levels, long-term contact with the skin can cause issues. Drinking the water is NOT recommended because of documented health problems from Arsenic exposure. So at a level of 14 ppb in your private well these levels are significantly lower then what can cause any problems with Arsenic contacting the skin over many years. The concern is the prolonged exposure with drinking water.

I happen to have known the family that this Arsenic issue originally came to light over in Michigan. They had been in a new build home for three years and their entire family was experiencing many different health problems, primarily gastrointestinal problems. They ranged in age from 3 years to 27 years old. They were all tested over the course of a year for every possible cause of their health problems. The last thing tested was their private well water supply. The results came back at 43ppb of Arsenic. All the family members were tested and everyone came back with differing levels of Arsenic in their systems. They immediately began drinking purified water and chelation therapy to help remove metals from their body, by the suggestion of their doctor. They no longer live in that home. Another well was drilled, the Arsenic levels were lower but with what they experienced they decided to move to a city water supply. This was the first documented case in Michigan of a well with levels below the then standard of 50ppb that was causing health-related issues with the drinking water.

So, you have Arsenic and it is above the level of 10ppb. What to do? There are several approaches available to reduce or remove the arsenic levels below the acceptable level of 10ppb. Arsenic comes in two forms Arsenic 5 and Arsenic 3. These are called “Valances”. Basically, AS-5 is oxidized and more readily removed by standard filtration methods (reverse osmosis and media filtration). AS-3 is basically in solution and much harder to remove by conventional means. AS-3 is much more of a health concern. AS-3 needs to be converted to AS-5 by some means of oxidation (Chlorination, Aeration, Chemical Aeration, and others) to remove/reduce it. By converting the “Valance” to AS-5 many different methods can be applied to greatly reduce and even remove Arsenic from private wells. Testing for Arsenic is a very simple procedure however testing for the “valance” is not. Typically if arsenic is found recommendations on how to treat it usually include oxidation as a first step to assure its removal.

Whole house removal will include some type of oxidation system, like an iron filter or chlorine injection (with a contact tank and carbon tank) after the well tank and before a water softener. Many times, another tank after the softener is applied which has Arsenic specific media and will treat all the water in the home. We have had great success with Arsenic removal using an aeration/oxidation method and a polishing tank with Arsenic specific media after the water softener to treat the whole house for arsenic removal.

So is Arsenic a genuine concern? YES! Should we run away from it? No.

There are many options available now for Arsenic removal/reduction to keep your family healthy and give your family peace of mind the next time you raise that glass of water for a refreshing drink of water.

Here is some helpful information regarding arsenic in Michigan: